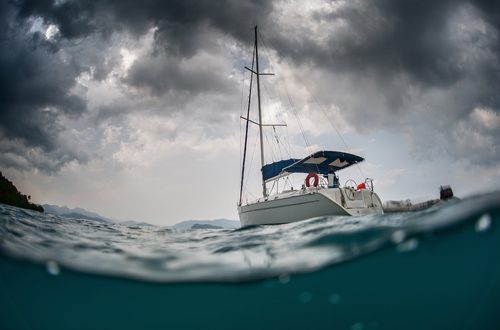 While the fleet did get out on the water on the first day of the J24 Westerns at Lough Ree Yacht Club this weekend racing was abandoned after the first leg or race one. Winds just prior to racing were 18kts gusting 25kts but as race one started winds increased to greater than 20kts gusting in excess of 30kts.

The first boats to round the windward mark and put up spinnakers struggled to control them and one boat capsized while another had a MOB resulting in OOD Derek Bothwell immediately signalling abandonment of all racing and boats to head home.

The capsized boat was righted very quickly as crew jumped out onto the keel and MOB’s were recovered.

With similar winds on the morning of day two racing the call was made ashore to abandon racing.

Unfortunately this means there was no Western Championships. Lough Ree Yacht Club have expressed an interest in hosting the event again at the end of the season, in September, subject to the approval of the fleet. A decision on this will be made at a later date.